Home > Thyroid > How Can You Naturally Increase Thyroid Hormones? 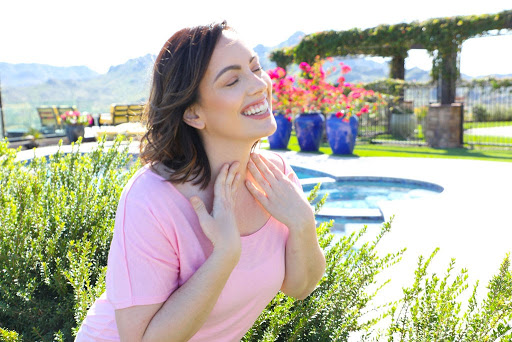 Let’s be honest: no one wants to be dependent on long-term treatment. Instead, you want our bodies to work, you want them to take care of themselves, and you want to feel good as a result – without depending on medications!

For many, that comes down to increasing your thyroid hormones in a natural way. This way, you’re not dependent, you’re free to feel good and to enjoy it. In this article, I’ll quickly run through this idea, and how you can make it happen in your own life. I hope you’ll join me!

Helping you understand your thyroid has always been my passion. It’s why I have even put together a deeper look into understanding and optimizing your thyroid  (click here to learn more).

Why Too Little Thyroid Hormone?
Who is Able to Make More Hormone?
How Much Hormone Are You Making Right Now?
What Works For Increasing Thyroid Hormone Naturally?
What Else Can Help?
How Do You Know If Anything Is Working?
Raise Your Thyroid Hormones Naturally Today

Why Too Little Thyroid Hormone?

The first thing we need to do is get to the right of the question: why do we have too little thyroid hormone to begin with, and why is that happening?

This really starts by talking about the main mechanisms by which thyroid disease operates.

In general, what we know is that the thyroid can have damage to its cells, it can be slowed down, and the immune system can go after the thyroid protein.

The main thing driving this comes down to a little too much iodine, in those who cannot tolerate it. The basic idea is that iodine can be a pretty dangerous chemical in the body.

But, we also need some. In fact, it’s incredibly important in the right amounts. That said, some people cannot tolerate a little bit extra (which can cause big problems).

When you have a little extra iodine, it can get stuck in the wrong parts of thyroglobulin (the protein that ends up making thyroid hormone).

These extra amounts can cause some of the following to occur:

At that point, the immune system starts to attack thyroglobulin, antithyroperoxidase, all while iodine is slowing down the thyroid more generally. This is the cluster of issues that ends up becoming a huge problem for so many people. All because of a little extra iodine!

Even A Little Iodine Is A Lot

What we have found out is that the biggest driver for initiating thyroid disease is extra iodine, and that is perpetuated by even normal amounts of iodine in your system.

In fact, it really doesn’t take a whopping amount of iodine every day. It takes a little more than you can tolerate at one point in time. Then, even normal amounts can be too much.

That said, this doesn’t necessarily mean that the gland is damaged, it’s more that the situation has not been rectified. Less iodine can be the ideal place to start.

Who is Able to Make More Hormone?

Not everyone can make more thyroid hormone. Here are some ideas that can help you find if it is likely for you.

Let’s start by thinking about who cannot. Those that do not have a thyroid gland are a good start because they cannot make more.

By and large, if your thyroid is taken out, you will need thyroid medication long-term. Having said that, there are still a lot of steps you can take to help you feel better.

Iodine regulation can still be one of those, because it changes how your body responds to thyroid hormones (not simply how you make them, but how you respond in turn).

Others who have had a part of their thyroid removed, that can also cut the odds of making too much.

Then, there are those that have the most marked deficit of thyroid output. That is a combination of:

In that pattern, it is less common to see your own function come back. In more typical scenarios, the TSH is above ideal but the T4 has not plummeted.

In those cases, there is a really good chance of thyroid function coming back again.

How Much Hormone Are You Making Right Now?

As a general rule, every hundred pounds of body weight would require about 1 grain of natural desiccated thyroid (NDT), or about 100 micrograms of T4.

So, if you are a 150-pound, and you take a 150 microgram dose of T4, or 1.5 grain dose of NDT, and your scores say that you’re perfect, you are probably not making much iodine on your own.

On the other hand, if you were a 200-pound person, and you were taking 100 micrograms of T4, and your levels were stable, you are making about half of that.

This is a general rule, but it should help give you an idea.

There are basically three things that I want to touch on and expand upon:

Let’s dive into each…

This is by far the most prominent way to increase your thyroid hormone. Featuring multiple controlled human studies, which people with severe thyroid disease were found to have their thyroid hormones come back online again.

You can learn more about The Thyroid Reset Diet, and what it’s all about, by clicking here (click here to learn more).

I am so excited to talk about the book for that result, because it is all about the results and how these people were able to regain their thyroid function. It is truly so great to see!

In the course of 8 weeks or 12 weeks, somewhere between 60-80% of people really regained normal thyroid function just by lowering their iodine.

Those are the numbers that got all the way normal, but if you looped in those who improved a lot, now we’re looking at 90-97% of people from the studies.

The odds of improving are near definite. To date, that is the only thing to have shown to reverse thyroid disease on such an incredibly consistent basis. I would love for you to check it out.

So, there can be a vicious cycle where the extra weight makes it worse, and the thyroid function makes the weight gain that much easier.

Those who are able to lose weight, often quickly notice that their thyroid function improves just from that alone (Read More: Three foods you need to drop today for better weight loss).

That is why, with the Metabolism Reset Diet, I encouraged people to continuously monitor their thyroid function. This might mean needing less medication.

Key Insight: It is often the first 5-10 pounds that one loses which can have the largest effect on reducing inflammation and improving the efficiency of one’s body chemistry.

I’ll talk about this in more detail in another post, so you can learn a bit more, but until then here is what you need to know.

First, I don’t recommend jumping into this without the proper insight. There have been multiple studies where people were, in a controlled fashion, withdrawn from their thyroid medications.

They were then watched to see if they could make more on their own. Somewhere around 30-40%, simply by taking less medicine (and nothing more), do fine. They don’t really need any, if they do it well.

As mentioned, this wouldn’t apply to those who don’t have a thyroid or who have low T4 when they are diagnosed. Others, though, can safely decrease and do quite well.

What Else Can Help?

Beyond these three key things, what else can help when it comes to increasing thyroid hormone naturally? Here are a few additions I’d like to touch on with you…

If you don’t, that can make your body more thyroid resistant (Read More: How to lower your morning cortisol).

You can typically suspect that if you have changes of symptoms at certain points of the day. If you always crash in the afternoon, or your mind is racing at 3am, you may want to consider your body’s regulation of cortisol and getting that in order.

The simplest solution can be found in the Adrenal Reset Diet (which you can find here).

Getting your nutrients in order can make a big difference. Some of the most impactful typically include a combination of:

I will often encourage good thyroid multivitamins to help offset that.

There are also those who are below-optimal in iron. It’s not applicable to everyone, but for those that could use it, it can make a huge difference.

There are those who carry both mercury or lead in their bodies. These kinds of toxins can give your body a harder time when it comes to regulating thyroid hormone.

They may also worsen the inflammation that is behind thyroid disease.

How Do You Know If Anything Is Working?

The clearest, and often first, thing to change will be your TSH scores. A TSH score moving downward means that there is more thyroid hormone coming in.

Here’s a quick tip: I encourage people not to put a whole lot of weight into a single TSH reading. It’s better to see a trend, so a sudden drop may not be telling the whole story.

In short, you’ll want to work with your doctor at this point to help lower your dosage so that your TSH can stay in a good range (and where you can feel good about it).

What About Thyroid Antibodies?

Thyroid antibodies may reduce based on these steps, and that is an encouraging sign, but it is not a sign that there is more hormone coming in.

Instead, it is a sign that there may be less attack on the thyroid. This could precede the TSH getting lower, but it simply is not as strong of a win (unfortunately).

What I want you to know is that all of this is well within possibility and that you may well be able to help raise your thyroid hormone naturally, all on your own.

I hope this gave you a great place to start, but if you still need some inspiration I’d recommend trying the Thyroid Quiz today (click here to take the quiz for yourself).