Home > Adrenals > Update – Why I Want To Rename “Adrenal Fatigue”

It might be surprising to hear, but I do not like the term “adrenal fatigue.” Want to know why?

Let me explain to you why I want to change the name of this condition. As well as the reasoning behind it.

I’m Dr. Alan Christianson, and as far as your adrenals are concerned, I’d like to give you a better idea about how your body is functioning. In addition, how you can take back your health today.

I often use the term adrenal fatigue, because of the fact that it makes for a useful placeholder.

It’s a term that we think about and are familiar with, and that familiarity is important – it helps build awareness around our adrenals, and that is so important. (Read: The 7 causes of adrenal stress and how you can end them today)

I would rather use the term hypothalamic-pituitary-adrenal dysregulation (HPAD). It might be a mouthful, but there are large amounts of research saying that it is the real thing. Most of what we know to cause and remedy “adrenal fatigue” apply the same way to HPAD.

Can my adrenals be fatigued?

Okay, so they can be fatigued but it is pretty rare. This is a situation in which the adrenals are not able to make the cortisol that your body wants them to make. The body needs cortisol, but the adrenal glands are purposely slowing to the point where they cannot make it anymore.

The body needs cortisol, but the adrenal glands are intentionally being slowed to where they cannot make it anymore.

Remember how I mentioned HPAD? I want to talk about where that stems from, it comes from your hypothalamic-pituitary-adrenal (HPA) axis.

The data has shown that the HPA axis’ integrity is absolutely integral to our overall health1.

Due to an acute stressor, the HPA axis can move our body in such a way to prevent us from running into more trouble. In some circumstances, this is incredibly useful. The problem reveals itself when we have major stressors early on in our lives. At that point, the HPA axis prepares our bodies for continual tragedy. Like our bodies are constantly being prepared for the worst possible outcome.

The problem reveals itself when we have major stressors early on in our lives. At that point, the HPA axis prepares our bodies for continual tragedy. It’s like our bodies are constantly being prepared for the worst possible outcome.

Key Insight: Your body’s “calibration” is so important to your overall health and early childhood stressors can throw everything off in regards to your HPA axis. This means that things which constitute small events can trigger large stress responses in your body.

The Role of Cortisol

The thought process behind adrenal fatigue has led people to take and treat cortisol as a medicine. If the problem was that you had too low cortisol, more cortisol should make you feel better – and it just might.

There actually have been studies showing that people suffering from chronic fatigue syndrome can often feel more energized when they take prescription cortisol (in the form of hydrocortisone)2.

In the early days of research on cortisol, it seemed like researchers discovered a wonder drug. It had the potential to remedy all illnesses. Cortisol acts as a strong anti-inflammatory. Which helps with diseases related to excess inflammation in the body.

Cortisol acts as a strong anti-inflammatory and, in many cases, diseases and fatigue are related to excess inflammation in the body.

However, it quickly became apparent that the benefits did not last and the side-effects greatly outweighed how patients might have initially felt.

Nonetheless, there were still a few holdouts who thought that cortisol and related medicines could be more widely used than they already were.

The History of Adrenal Fatigue

You could trace this all the way back to a book entitled “Safe Uses of Cortisol” by Dr. William Jeffries.

In it, he argued for something he called the “adrenal insufficiency period.” He spoke about many people with symptoms of:

Dr. Jeffries claimed that all of these people were dealing with too little cortisol. He suggested that since most adults make between 25 to 30 milligrams of cortisol. It would be safe to give cortisol at lower doses than that.

When synthetic versions of cortisol, such as prednisone, are given to treat inflammation. They are commonly given in dose equivalents that are way above what the body would make.

The term for this is a “pharmacologic dose.”  Dr. Jeffries argued for doses under that which the body would make, a “physiologic dose,” and that this would give you all of the benefits – without the risks.

Bottom Line: Dr. Jeffries’ work influence many of us who are practicing in the area of natural hormones, until Dr. James Wilson’s book, “Adrenal Fatigue,” was published in 2001.

My Experience With Cortisol

I read Dr. Jeffries book back in 1995, and I thought his argument sounded plausible enough at the time. As always, and with any new approach, I was my own first guinea pig.

I was doing clinical rotations at the time and also finishing up medical school. I felt exhausted, frazzled and generally wiped out because my schedule was so erratic and I had so little time to relax.

By this point, I had enough experience as a human guinea pig to start slowly. My first day I took 5 milligrams of hydrocortisone in the morning with breakfast, and two and a half milligrams at lunch. I definitely felt more energetic. But, by mid-afternoon, things started to go downhill.

I was working as a medical student on a shift in the Naturopathic Medical Center. One of the Physicians usurped a patient room I was planning on using. At least, that was how I perceived the situation.

I immediately found myself enraged, and I felt my heart racing and my face getting red. My supervising doctor came around, saw my face and calmly asked if something was wrong.

Within moments, I realized that the feelings I was having were completely out of proportion with the situation – and that this response was not normal for me. I also realized that edginess and anger were common side effects from medications like cortisol.

Key Insight: Given the theories in Dr. Jeffries work, this reaction should not have happened, but it did. Nonetheless, this experience made me question the overall validity of these ideas.

After thinking more thoroughly about the situation I realized something absolutely critical. While it was possible for treatment to make sense and produce initially positive results, it might not be moving someone towards better health in the long-term.

Does Your Body Want More Cortisol?

I thought about all the times and which doctors gave out cocaine or opium in the 1900’s, or Valium in the 60’s because of the benefits the patients had reported.

I realized that medications as powerful as hormones could be misused in the exact same ways.

How do you know that your body does not want more cortisol?

Thankfully, it is pretty simple – it is an ACTH blood test. Any doctor can order it and your doctor should order it to see why your cortisol levels might be low.

This test gives you an idea about the hormone that your brain makes to tell your adrenal glands to get to work – because your brain is under the assumption that not enough cortisol is being made.

Specifically, it comes from the pituitary gland after the hypothalamus releases a hormone called corticotropin. This stimulates the pituitary and causes all this to occur.

Bottom Line: When the ACTH score is through the roof, it means that your body’s cortisol levels are low. In the rare case where ACTH is highly elevated, that means the adrenals really are fatigued and they are unable to make cortisol. The most common reason for this is Addison’s disease, and not what we know as adrenal fatigue.

In the case of HPA dysregulation, we will find that our previously mentioned ACTH scores are low (and not through the roof like the few per million who have Addison’s disease).

That’s the big distinction when we consider Addison’s disease versus this concept of dysregulation. There are high ACTH scores for the first, and low for the second. This is the key.

Remember when we talked about traumas to your body? It all comes back to this. Your HPA axis is telling your body that you need to reign in your energy levels, because of these traumatic events that have thrown off your body’s initial calibration.

Your body is effectively slowing itself down, so that it can heal.

Key Insight: Like I have said before, your adrenals are not fatigued. Rather, they are fatiguing – they are intentionally being slowed down due to a response spurred on by your body.

If prescribed cortisol was the answer, then it would be the miracle drug that we once thought it was – but that is not the case.

When your body is in this state of dysregulation, it does not stop producing cortisol because it cannot, but because it simply does not want it.

That being said, it means that our treatment options are going to not involve injections of cortisol into our body. It means that we want to repair our bodies, because they are basically in a traumatic state (or preparing for one).

This means that we need to become more cortisol-sensitized, and that comes down to healing our HPA axis.

A Future With HPA Dysregulation

One of the most promising things that I like about renaming adrenal fatigue, is that it gives a much more positive prognosis for those dealing with this state of dysregulation. Not only does it provide more clarity, but it is also a happier outcome for those suffering.

Bottom Line: Your adrenals simply are not broken and they can heal with time and effort. Addison’s disease is another problem unto itself, which is why it more appropriately should have the name adrenal fatigue.

Take the adrenal quiz today, and get started feeling better right away. 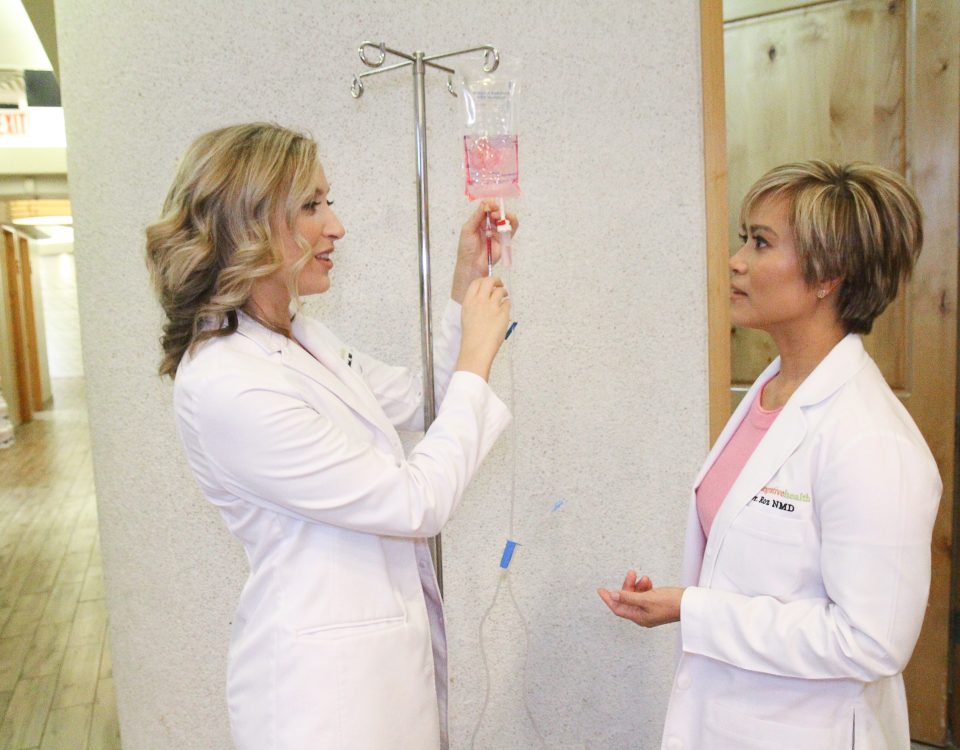