Don’t be bitter – love your liver

Is Adrenal Stress ruining your life?

The Comprehensive (and Shocking) Guide To Soy and Thyroid

When faced with new evidence, often we can change our minds about things that we previously thought.

Today, I want to talk to you about this topic and the new information that I have discovered. There is something big you should know that I have changed my mind about: soy and thyroid disease.

When I first wrote the “Complete Idiot’s Guide to Thyroid Disease,” I argued that I did not see much evidence saying that soy was a bad thing for those who had thyroid disease. I could not find any, so I did not see it as fit to argue the case that it was.

Over the years, though, the fervor against soy intensified – both in general and in the world of thyroid health.

It seemed as though people were vilifying soy, and the growing opinion was that it should be avoided. Between now and the writing of “Healing Hashimoto’s” I had made two assumptions based on this public sentiment:

For these reasons, I went along with the discussions that suggested avoiding soy entirely. I thought there was a possible risk of having soy in your diet, and that there was not any real harm in avoiding it.

Key Insight: I fault myself for not diving deeper into the primary research around soy. Since then, I want to share with you the information found to date on this meaningful topic.

Is soy bad for your thyroid?

It might be a lot easier to ignore it, but the studies are there. If we ignore the test tube studies, the animal studies, and the general ideas, but instead focus on human research, studies, and outcomes, we might see a different picture being painted about soy.

The data is there, so let’s focus on it.

There are three human studies that I have found, which I think are important to share with you. These are the studies which have suggested problems with soy relative to thyroid disease:

This was a study done on infants, which found that soy formulas could act as a trigger for thyroid disease (especially before the 1960’s). What happened was that babies received formulas who would have no other food intake.

This meant that they needed to get the amount of nutrients exactly right, while not going overboard, for the children. Soy formulas were then created, with little understanding of how mineral absorption happens in soy relative to cow’s milk.

This means that many children had similar amounts of:

But they may not absorb them the same way from soy and dairy. So, they had to change the formulations.

This meant that infants on soy formulas could end up deficient in iodine, zinc, and iron. And, in some cases, this led to hypothyroidism.

Once they changed, these problems disappeared. There were no issues, past reformulation, which changed the absorption of nutrients.

Another study1 was done on the rate of autoimmunity in children.

It looked at siblings, some of which who were on soy formulas and some who were not. This was a small group, and they did show that there was a 13% higher risk of developing autoimmunity in those who had the soy formula.

That data does exist, and it is troubling, but it was done on a small group. It means that the risk exists, but it is hard to construct definitive rules for our health based on something so small.

This is an absolutely fascinating study2.

Think about it like this: these are people who are on the edge and are just about to drop off into overt hypothyroidism. They have:

In these groups of people, about 6 – 7% become overtly hypothyroid within a year. So, researchers watched this group over 6 months to see if there were any determining factors causing them to convert into overt hypothyroidism.

The study consisted of two groups, each on soy.

Of the group that was taking more soy supplements, more of them became hypothyroid – while the other group did not become hypothyroid at all.

Key Insight: Based on the size of this study, one of the key things we should take away is that the number of people who became overtly hypothyroid should have been higher overall. As it stood, not enough people became hypothyroid relative to the statistics, and everyone shared the commonality of having soy protein in their diets (with varying levels of soy supplements).

What Does it All Mean

Honestly, though, low-dose soy supplements coupled with soy food caused there to be a lower rate of those developing overt hypothyroidism. That is really quite interesting and is something we should hold onto as we continue our discussion.

Bottom Line: The one piece of data that we have, out of hundreds and hundreds of discussions on this topic, is that pediatric autoimmunity can be affected by soy formulas. That is the only one we can explain, and it also happens to be the one that we can explain the least.

The Full Story On Soy

I often worry about the biases that we see from writers who are telling people how to live their lives, based on their preconceived notions about how they should be eating.

Those with biases towards particular diets are especially dangerous because I have seen them twist information to suit their purposes.

I want to be candid, honest, and transparent with you because it is your health that matters. If the best data exists, I want to find it, and I want to bring it to you to benefit your today, tomorrow, and years down the road.

Soy in Your Diet

The last large meta-analysis, done in 20163, showed that all the negative data that currently exists on soy and thyroid function is based on test tube studies – or animal studies based on soy supplements (and not actual soy food).

Bottom Line: The problems with these studies is that they did not really give any true human results or human outcomes. These are fairly low-level, scientific studies that can prove just about anything. In order to really derive some concrete ideas about soy, we need to look into the human research.

Digging into the Data

There was a review, in 20064, that pulled together 14 clinical trials.

Since then, about another half dozen large studies have come out5 about the effects of soy on the thyroid. One of the larger ones included over 20,000 women, who were tracked for more than three years.

This study tracked practically everything, including:

What they saw was that there were no effects whatsoever. What has been shown, though, is that soy can increase your thyroid medications.

This is not because soy blocks your thyroid, rather it affects thyroid absorption. This is not only the case when you are enjoying soy in your diet, but when you have soy in proximity to taking your thyroid medications.

Key Insight: Having soy in your diet provides nothing unique when it comes to your thyroid’s ability to absorb medications. So many things can make you not absorb it properly, and soy just happens to be one of them.

There has only been one study done on this topic, and it was the one I previously mentioned about subclinical hypothyroidism.

The conclusion of that study was not accurate with the actual outcomes of the groups within the study.

The group itself had a lower rate of conversion, even if it was higher when compared to the group they were tested against.

Why not just avoid soy?

If soy was completely neutral, I would have no problem just telling you to skip over it.

With the conflicting reports out there, combined with the research, it would not be worth the hassle if soy had no effects on your health whatsoever. In fact, it would simply be easier to ignore it and just skip over it entirely.

The problem with soy, though, is that it is not completely neutral. There is strong data that suggests that soy can cut the risk of:

Bottom Line: It would be easy to ignore soy if it was simply neutral, but it is not. Avoiding soy can have you missing out on some key benefits, and having soy in your diet can help preserve your health in the long term.

What about current research?

As for the latest and breaking research, there is a large study that has been recently done linking vegans with fewer occurrences of autoimmune thyroid disease12. This study argued that the soy intake of vegans may play a role in that.

Personally, I do not recommend vegan diets across the board for those that have not chosen them for environmental or ethical reasons.

But, the argument that soy causes thyroid disease is not founded in any clinical research that I can find.

Soy and Your Thyroid: Actions Steps

If all we had were test tube and animal studies, it might be safe to say that we should start avoiding soy in our diets, but that is not the case.

What we do have are large studies, on humans, which show that soy does not affect the performance of the thyroid. And, that it does not contribute to the development of thyroid disease in any way.

On the other hand, we have seen plenty of instances where soy has proven to be beneficial for those who want to prevent plenty of other diseases (like types of cancers and cardiovascular health).

There is direct benefit from having more soy in our diets, and there really is nothing concrete or evident that suggests it is hurting us.

When it comes to action steps, here is what I would recommend:

Make sure you keep in mind all of this if you are at risk of soy allergies (Read: How to beat food allergies). Otherwise, do consider bringing more of these into your diet.

All of this information should really have played a role in how you now view soy, and how you view soy and its relationship with your thyroid.

Are you still concerned about the performance of your thyroid? Take the Thyroid Quiz (Click Here) today, and answer some of the burning questions you might be having about your health. 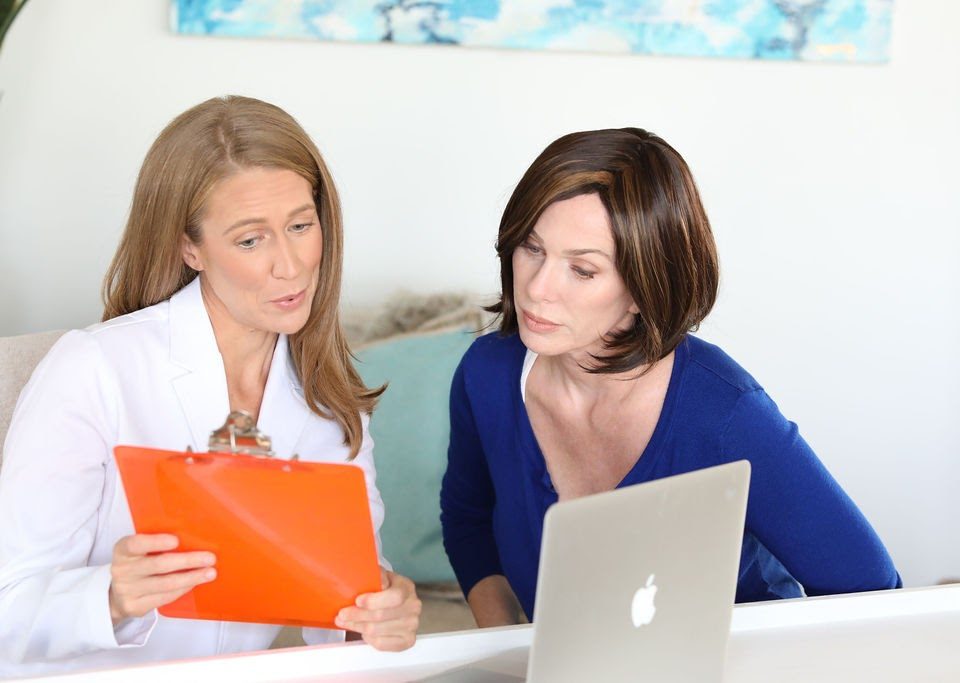 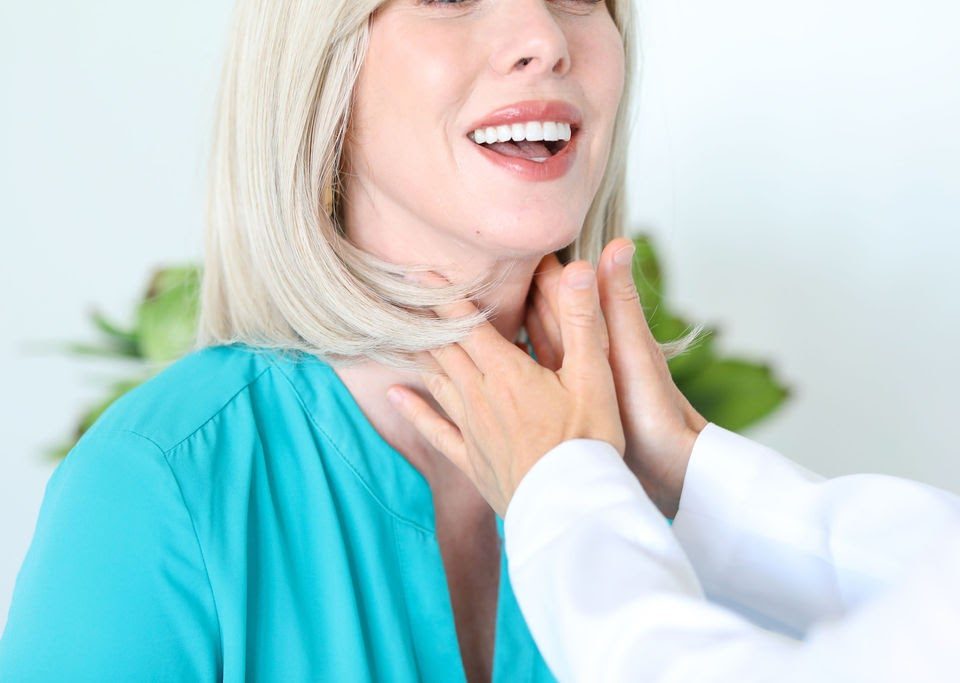 Which Of The 6 Iodine Levels Do You Currently Belong To? 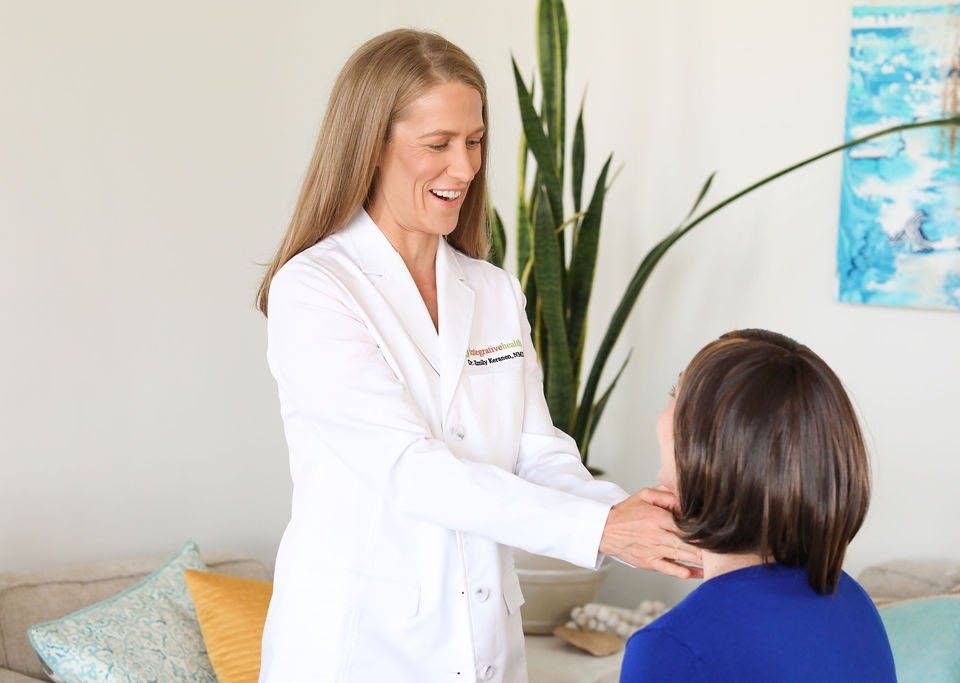 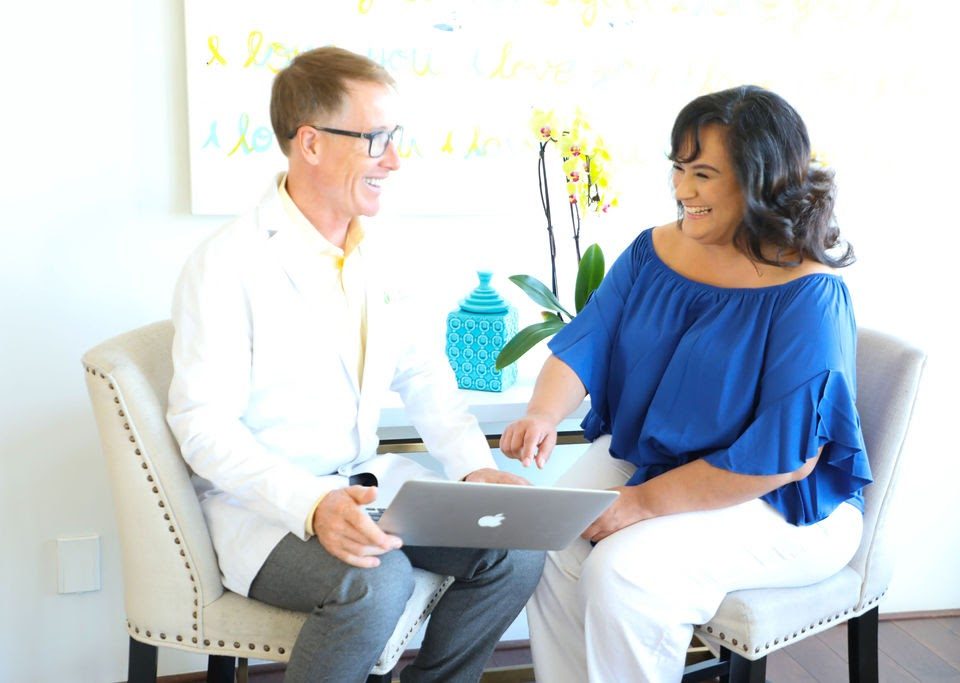 Epstein Barr Virus and Thyroid Health: Everything You Need To Know