Can I Get Off Of Hydrocortisone? 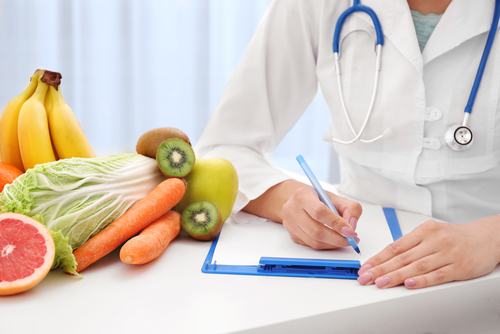 Thanks to recent medical updates, suffering from allergies doesn’t have to be a life sentence! We even have an exciting treatment solution available to help restore your health. That even includes reducing your allergic response to pollen and foods, too. Let me tell you a bit more about it right now. (Read: How to beat food allergies)

Let’s start with a little “Immune System 101”. We’ll dive into why people suffer from allergies, and how they contribute to thyroid dysregulation.

All immune responses start with an encounter with something foreign to your body. Typically, it is to a surface protein on a bacteria/virus, pollen or a food protein.

This is not the same as eating protein. Instead, cells, whether belonging to plants, animals or to you, display these proteins on their surface. Think of it as similar to how boats display flags to communicate.

These proteins communicate in the same way. Whether they belong to you or are “foreign” to your system.

This foreign invader enters the body either by you inhaling or ingesting it. In turn, your, immune system surveys these “invaders” and creates antibodies specific to those surface proteins.

Key Insight: A byproduct of this destructive response can be generalized inflammation in the body and tissue damage.

You can see how something like food or pollen – which can be really difficult to avoid – can be a huge source of body-wide inflammation. That’s because we become exposed to these “invaders” on a regular basis.

Let’s try and put this debate to rest.

The first antibody produced is “IgM”. You can think of this as a “precursor” to other antibody classes. IgM antibodies can change into either IgG antibodies or IgE antibodies.

This all depends on which type the IgM switches to – the response is different in various scenarios.

If your IgM antibodies switch to the IgE-type you will experience a quick, localized release of histamine which can cause symptoms like:

These are typically referred to as “allergies”. in the medical community (Read: Is it gluten or is it histamine).

Key Insight: A severe, systemic, quick release of histamine can produce an anaphylactic response. Ultimately, this causing air passages to close up and could be deadly.

However, if your IgM antibodies switch to the IgG antibody class, you may experience a low grade, persistent reaction. This can cause vague symptoms long after an offending material is inhaled or eaten.

Allergies surrounding IgG antibodies are typically termed “intolerances”. That said, they are still an immune response. It’s just at a slower rate of response. It may take a week, or even longer, to notice that the food is affecting you. These are what we call “hidden intolerances.”

Symptoms for hidden intolerances include:

Bottom Line: The “switching” into IgG or IgE doesn’t make the allergic reaction more or less strong1. Whether you call it “allergy” or “intolerance” – it’s still an immune response causing body-wide inflammation.

How The Immune System Affects Thyroid

Allergies are a classic example of the immune system shooting first and asking questions later.

The issue, though, is that if the immune system is too highly motivated it can start to attack important parts of our bodies. Those that we need and that exist inside of us. Together, this is what auto-immune diseases are – like our thyroid (Read: What causes thyroid disease).

If you are already reactive to eggs, or gluten, perhaps it is not uncommon that if you have almonds on a regular basis they may become reactive, too.

These are things to where you already have something bothering you and they may start to become problems.

Key Insight: These food triggers are worth testing and there are many available labs. Some of which are more accurate than others in terms of just reproducibility (Read: The ultimate guide to food intolerance testing).

The good news is there are ways to test for food and airborne allergens! Even better, there are always ways to desensitize your immune system to ignore common “offenders”. The ones it doesn’t need to worry about in the first place!

One treatment that retrains your immune system is called “Allergy Immunotherapy.” The concept’s based on Native American populations that would eat poison ivy leaves in order to reduce the effects of an immune response.

The ultimate goal of treatment is “tolerance”, which is the ability to ingest certain foods without allergic symptoms.

There are various forms of Allergy Immunotherapy. The more commonly known method is Subcutaneous ImmunoTherapy (SCIT), also known as “allergy desensitization shots”. This is where patients go to an allergy specialist who administers injections.

Typically, a lot of patients fall off the wagon and don’t see this treatment through to its end, due to it being an inconvenience.

Luckily, there are other forms of allergy immunotherapy, which are dosed orally, offering more convenience and effectiveness.

OIT involves the daily administration of food allergens in milligrams to grams dosing, in gradually increasing doses over months to years.

Recent trials have shown efficacy and safety data as well as compelling evidence that OIT frequently induces desensitization, and possibly even tolerance, in patients with food allergies2.

Similarly, another form of oral immunotherapy involves the administration of small drops of allergen extracts under the tongue. Hence “SubLingual ImmunoTherapy.”

Like OIT, treatment involves administering gradually increasing doses of the allergen over time.

Doses are approximately 1000-times less than OIT doses, but SLIT protocols include similar escalation and similar outcomes as OIT.

What’s good about OIT and SLIT is desensitization occurs via daily self-administration conveniently administered at home. Since patients don’t have to travel to a clinic there is greater compliance and consistency of treatment, leading to faster treatment outcomes.

Bottom Line: Treatment times can last anywhere from 3 – 12 months and patients can experience symptom reduction and/or relief in less than 3 months. That’s a huge time-saver compared to the average treatment time of 3-5 years with allergy desensitization shots!

SLIT is a very old treatment modality (the earliest description coming all the way from 1900) and it is commonly used in Europe.

Over the last 20 years, the European medical community produced a large amount of high-quality evidence suggesting that SLIT is safer than SCIT and OIT because of the low dose required for treatment3,4.

Just as foods can cause an immune response, airborne allergens like pollens, dust mites, and pet dander can also cause allergies.

For those patients with thyroid disease with difficulty stabilizing the TSH with medication, allergies are super important to address using SLIT against specific airborne and food allergies.

The first step is to test – don’t guess! A simple blood test can tell our doctors what food and airborne allergens are bogging down your immune system and affecting your thyroid.

Once we get the results, a compounding pharmacy develops the sublingual drops specific to your results. The first sublingual administration will occur in our clinic to make sure no severe allergic reactions occur. After that, patients take their sublingual therapy home for daily self-administration.

Most importantly, SLIT can help with the following symptoms. So that, if you’re suffering, you can experience relief sooner than you think:

Symptoms SLIT Can Help With:

Don’t suffer from allergies anymore! If allergies are contributing to thyroid instability and other health concerns, get tested and desensitize your immune system with safe and effective SubLingual ImmunoTherapy.

Are you a candidate for SLIT for foods or airborne allergies? Find out with a live, online one on one visit with an IH doc. CLICK HERE for more information. 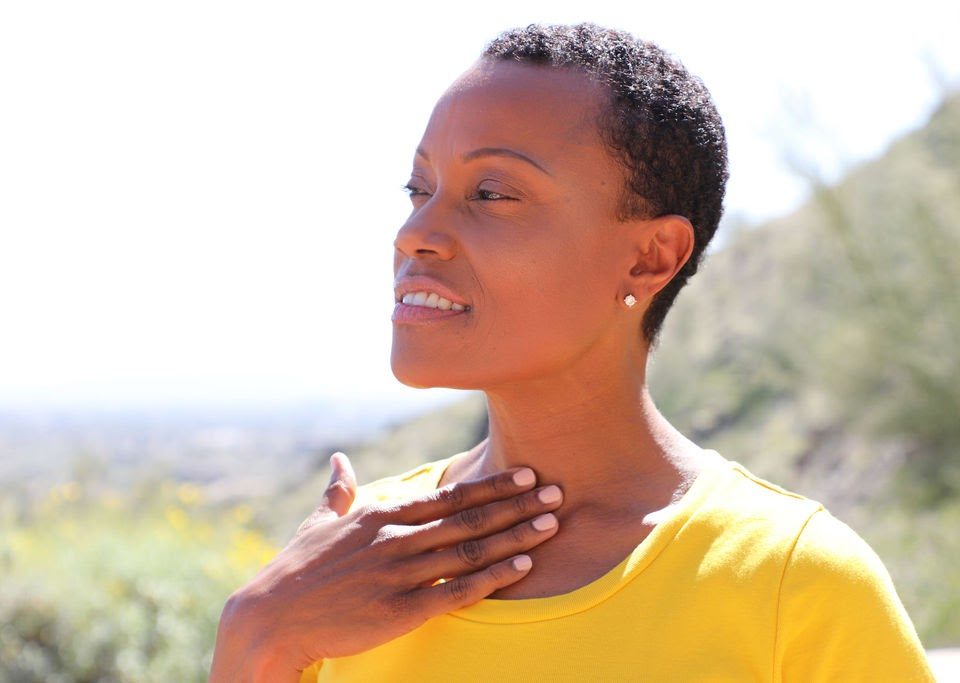 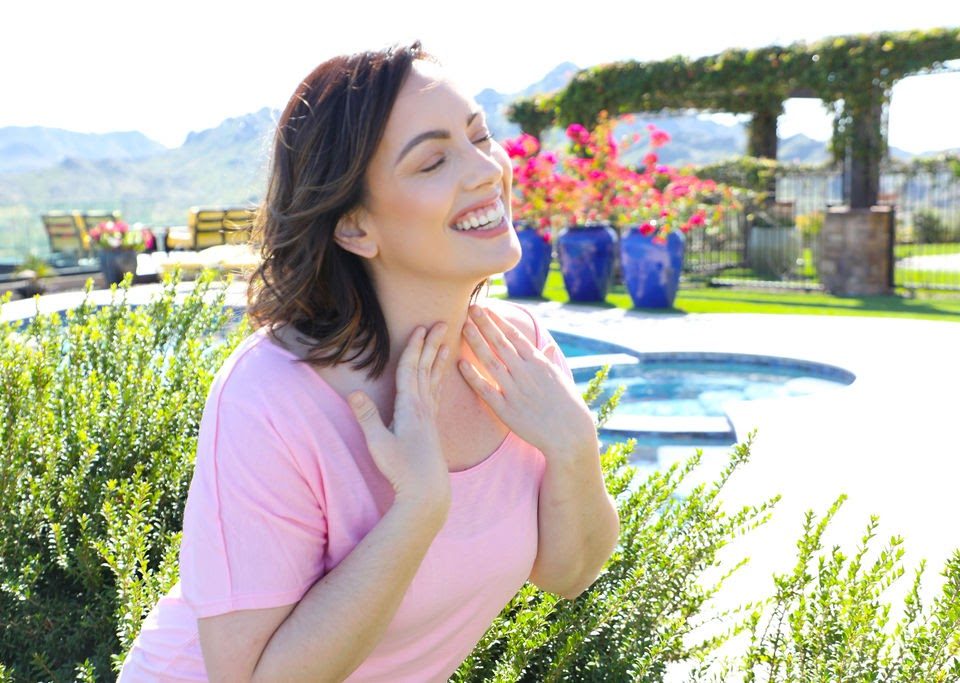 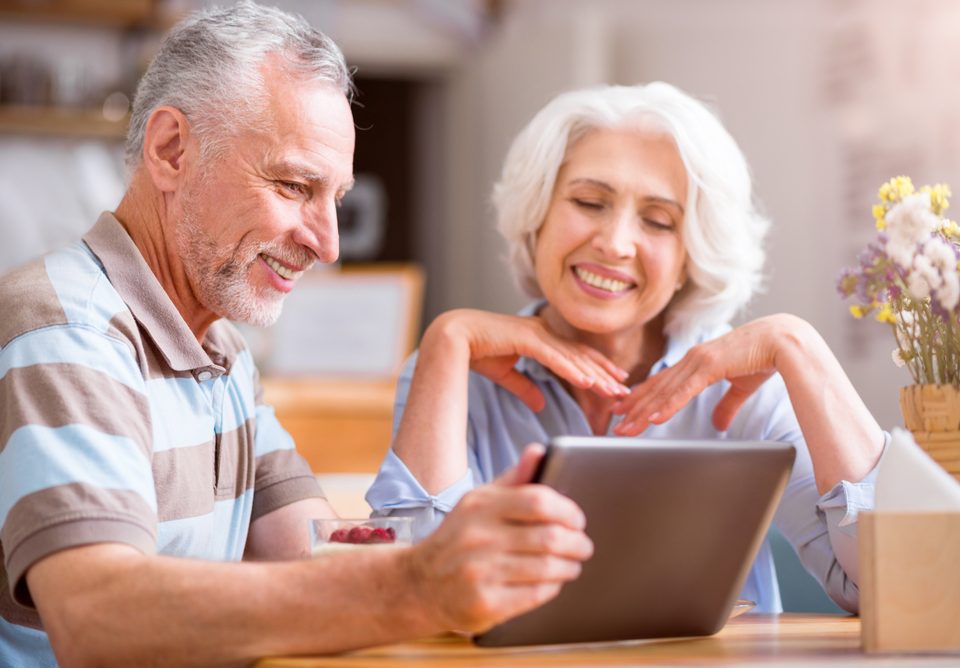