Are Your Veggies Poisoned? 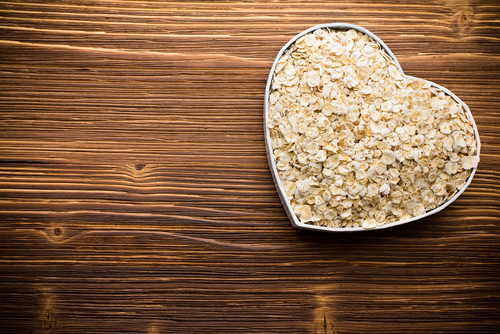 Hey there! Dr. Alan Christianson back with you here. I want to talk a little bit more about hungry hormones and how they tie into a really cool study I read a while back. Many have argued it does not matter how much you eat or when you eat it – it only matters how many calories you consume. There was a really neat study that took that question and examined it pretty thoroughly.

In this study, they took policemen and policewomen who were all medically obese. This means a body mass index of greater than thirty, which is a function of height and weight. None of these officers had done a weight-loss diet in the last few months and were relatively stable in their weight. These seventy-eight officers ranged in age from twenty-five to fifty and were all reasonably healthy with no health restrictions. A few randomly dropped out of the study, but there was no pattern where one group had more drop out than the other. The study lasted for six months, and the officers were checked at many points. They were put into two groups, were on identical diets, but one group had specific timing of when their food was eaten. The amount of food was pretty well-regulated between 1300 and 1500 calories. This is a common amount for a weight-loss regime, especially for women, but a little lower then you commonly see for men. The diets were also regulated as to how much protein, fat and carbs were eaten. They were given about 20% protein, about a third fat and the remainder, roughly half, in carbs. Within the two groups, the big difference was when the carbs were allowed to be eaten.

Both groups were given the same exact foods and the same exact amounts. The foods were primarily Mediterranean. They were allowed pretty free use of coffee and tea, walnuts, almonds, yogurts, cheese, meats, fish, boiled vegetables, salads, soups, dressing, humus, tahini, eggs, fruits and even some desserts. They were given input as to how many servings of some starches they could eat (like bread, rice and pastas); however, one group had all the starchy foods with their dinner. That’s a pretty big difference. The control diet group had their starch throughout the day. They had breakfast with some starch and then some throughout the morning. Then, lunch with some starch and also in the evening. The starchy foods were evenly distributed. The only difference with the other group was all their carbs were eaten in their evening meal, and it was, actually, a lot. Their evening meal contained four or five pretty solid servings of carbs. This is the equivalency of two to four pieces of bread. They were not going hungry!

During the study, many aspects of the officers’ health were tracked, including many hormones (like the hormones of hunger we have talked about: leptin, ghrelin and adiponectin). They also measured expected things like weight, waist and body fat changes, blood sugar and blood pressure. What happened was pretty amazing. Throughout the whole study (not just at the beginning or the end), there was a clear trend that leptin was at a much healthier level in those on the diet that had the good carbs in the evening. So, eating carbs later in the day had improved leptin metabolism. Leptin plays a major factor in controlling whether our body is in a state of storing or burning fat and how we respond to hunger. It controls all of this. This diet shifted it. On the other hand, the control diet group, who ate just regular, low calories with their carbs throughout the day, actually had their leptin levels worsen. This is expected, given the effects of low-calorie diets in general. There is supposed to be a rhythm where leptin is higher when we are sleeping and lower in the daytime. This was also changed. Those on the timed diet, who ate the same amount of food but had more carbs at night, had an improvement in their leptin rhythm. So, they had more appropriate hunger and less random cravings.

Adiponectin was also measured. Adiponectin is kind of a funny hormone. Your fat makes adiponectin and causes you to actually offset fat growth. If your weight is stable and steady, the leaner you are, the more of it your fat produces. So, the leaner get leaner. The less of it you have, the easier it is to gain weight, and it can become a vicious cycle. One pitfall about low-calorie diets is that the adiponectin level often decreases for people, and that did happen in the low-calorie, control diet group of the study. This did not happen for the group who still ate low calorie but had their carbs at night. They actually had increases in adiponectin.

We saw the same pattern in ghrelin. Ghrelin is a hormone of hunger that is expected to increase (causing more hunger) on low-calorie diets. In this study, it did, but in the low-calorie diet group who ate their carbs at night, the ghrelin improved. This is really shocking. It is expected that all the hormones of hunger can help predict long-term success in terms of body weight. So, you can watch someone on a low-calorie diet regime, and as they get lighter, you can expect these hormones of hunger will get worse. The worse they become, the more strongly it will predict the person’s tendencies to regain a whole lot of weight in the short-term future. However, this study showed that you can improve the hormones of hunger when you make the one change from eating carbs throughout the day to eating them at night. Again, it was not eating different foods or different amounts of foods, it was the timing of eating the foods. That is what caused all these really profound changes in the hormones of hunger.

The study was published a couple different ways. One version was published, showing how the changes occurred in these hunger hormones. Another version showed the diets’ effects on body weight, body fat and blood sugar regulation. You can guess the outcome: given that the hormones of hunger were improving, the short-term effects of the diet in terms of body weight were also better in the group having the carbs at night. There is a lot of rationale behind this.

We have seen if you have the same amount of carbs at night that you would in the day, you are going to sleep better. We know that if you are sleeping well, you are going to be more successful in your future weight-loss efforts. You will have more ways to keep ghrelin in check. Also, you have better regulation of cortisol. Cortisol is the stress hormone that causes you to store fat. So, having good carbs at night is a strategy that can help to repair these hormones of hunger.

It turns out you cannot really push the hormones of hunger up or down directly. We talked about this earlier. You cannot take more of the hunger hormones you need in supplement form, and you cannot block the ones you need less of. Although these efforts will not be successful, if you can shift your lifestyle in ways to spontaneously improve these hormones of hunger, not only will you do better in the short term, but you will do better in the long term. This is a really cool, beneficial strategy.

I will be sure to provide the citation for this article so you can read it in detail. This is fascinating stuff, and look for more information about this in my new book, THE ADRENAL RESET DIET. I present a very thorough diet that uses principles like this to help you reset your adrenals and fix your hormones of hunger to get your weight where you want it, while improving your energy.

Thanks for tuning in. Dr. Christianson signing out, and I will talk to you really soon.