People ask me if I’m low carb, high fat, keto, high fiber, or what. I think I’ve finally got the best answer. I’m an unequivocal advocate of the High-FACT Diet.

What does that mean? Let’s start with the Fact-Free Diet.

I guess it is a fact that caffeine, alcohol, sugar, junk foods, and fried foods may make you feel good in the moment.  But we know for a fact that they don’t give you what matters – the lasting energy you need to live a good life and make a difference for others.

Next up would be the Low-Fact Diets.

People on it are at least trying. They realize food matters and they want to make the best choices. The problem is that they get derailed by Low-Fact fads.

Did you know that each DAY over 7,000 new studies come out? Add to that the interconnected complexity of biochemistry and the truth is that you can find some weak facts to support absolutely any idea.

Most Low Fact fads have a few kernels of truth. They are also plausible and usually have a few simple rules that are easy to go viral with. “Fats are bad….All carbs are bad….Only hunter-gatherer foods are good.” It SOUNDS good but…. 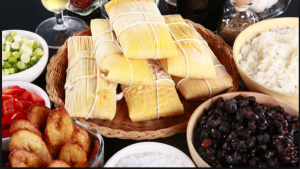 How are High-Fact Diets different? Well, rather than relying on slogans or simplifications, the highest facts base their ideas on outcomes. Not theories on paper or ideas, but things that actually happened to large numbers of real people.

Case in point would be the recent study about the Tsimane tribe of South America. 705 adult members were studied from 2014 – 2015. They were measured for coronary artery plaque, diabetes, high blood pressure, and obesity. The findings were remarkable. Even with many elderly members, the Tsimane had the lowest rates of heart disease ever seen in any population.  Coronary artery plaque scores range from 0 to 1,000. Over 40% of Americans over 75 have scores well over 100, yet in the same age group, there was only a total of 4 Tsimane with this level of plaque. They were likewise free of diabetes and obesity.

The current fad is that carbs raise insulin, insulin causes inflammation, and inflammation causes heart disease. Ironically, even though the Tsimane are not industrialized, they never decided to ‘go paleo.’ Their diet is 72% good carbs like brown rice, plantains, and corn as a vegetable, 14% lean protein from game, and under 5% of calories from saturated fat. It is possible and likely that other factors also contributed to the Tsimane’s exceptional health. Nonetheless, their diet was clearly part of the recipe.

Even with info like that, I’m not a high-carb guy or a low-fat guy. Remember, it’s High-Facts that matter.