Shredded Chicken for a Week’s Worth of Meals 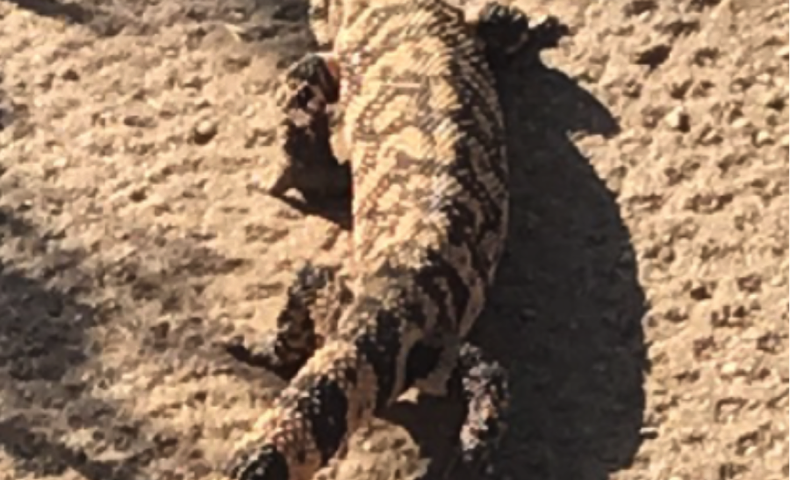 I had 3 pretty exciting animal encounters on a recent mountain bike ride that I thought you’d get a kick out of.

One was with a diamondback rattlesnake and two were with different Gila monsters.

Rattlesnakes are common enough out on the trail. I’ll see several each year, but Gila monsters are quite rare. I’ve only come across a handful in the last 25 years of being in the desert. To see two different ones in different areas over the course of a single ride was pretty lucky.

The venom of the Gila monster is the inspiration for several new generation diabetic medications. Being a Naturopathic physician, I prefer getting bitten with the unprocessed organic venom over using the synthetic versions. Just kidding. I prefer neither getting bitten nor the medications, but the way they work is revealing about how our old ideas about blood sugar are wrong.

In the past we thought the only reasons behind diabetes were either the pancreas did not make enough insulin, or the cells quit responding to it.

In the last few years, researchers have learned that, in most cases, high blood sugar is really more of a problem of the liver making too much sugar.

Exendin-4 is an alkaloid from Gila monster venom that has been show to help diabetics lower their blood sugar and lose weight by causing their livers to make less sugar.

As is often the case, the synthetic medications have more side effects than benefits but it illustrates the point that our bodies can self regulate given the right opportunities. Look for more info on liver function and blood sugar in coming newsletters – and be sure to stay safe on the trails 🙂