How High Should My T3 Be? 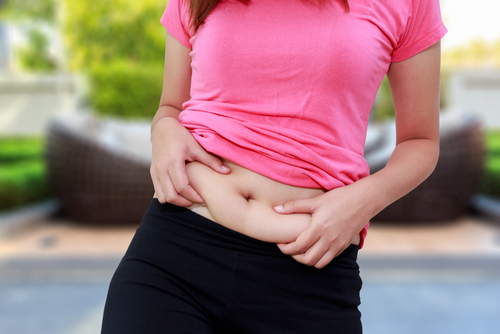 Feeling fatigued, restless, foggy, irritable, or frustrated? Maybe the pounds won’t budge, or you can’t seem to lose the last bit. Have you considered your cortisol?

Cortisol is a critical hormone influencing how our body responds to threats or stress. Unfortunately, keeping us “safe” and keeping us “slim” do not always go hand in hand.

For many, the release of cortisol has a negative effect on our ability to lose weight. Evolutionary research tells us that our bodies respond to stress by increasing “storage hormones” – which allow for survival. One of these is cortisol1.

Key Insight: Truth told, one of the main functions of cortisol is to raise blood sugar. This is to allow for additional energy to respond to whatever task in front of us.

This “fight-or-flight” response is essential for circumstantial stressors that require immediate responses. When stress happens again and again, cortisol is released into our system.

This constant release creates an imbalance. One which ultimately strips our cells of the energy molecule known as glucose. Ultimately, this sends signals to the brain that tell us that we need to consume more glucose.

Cortisol also increases the amount of fat deposited in the abdominal area. Furthermore, it will not let go of that fat until the stressors that triggered the storage are reduced or gone2.

Bottom Line: Basically, when stressed, we make more glucose. This causes us to eat more, which leads to weight gain. Sadly, this just makes us more stressed – and the cycle continues 3.

The Truth About Cortisol

Many health advocates claim that various solutions lie in “less carbs”, “lower carbs”, or “appetite suppression.” The truth is that every single one of these can increase the problem.

Furthermore, some individuals reach for:

These folks ultimately feel more guilty when they are unable to achieve their weight loss goals.

Bottom Line: We need to dispel the notion that there is a “silver bullet” that some health advocates rely on. Instead, let’s consider the science and our clinical experience.

I recently discussed this common misinformation with a patient who had the goal to “drop her last 10 lbs of luggage” that she had been carrying around for less than 10 years.

This patient was previously involved in the fitness world and was no stranger to exercising and dieting. She had exhausted her efforts in various diets and extreme exercise regimens. She even introduced extreme caloric restrictions to achieve her goal. Unfortunately, none of which provided success.

She was defeated and had no idea where to turn. After assessing her adrenal health, completing both an adrenal quiz and a salivary cortisol collection, we discussed her cortisol curve.

We also discussed how outdated recommendations to cut carbs, work out more and eliminate stress are all unrealistic and unproductive.

Solutions For Your Adrenal Function

Improving adrenal function can seem like a daunting or impossible task. That said, there are many proven methods (Read: 7 Proven ways to lose weight with adrenal fatigue).

Many avoid carbohydrates later in the day. On the contrary, carbs can actually be one big solution to supporting healthy adrenal function and bringing you back into balance.

Good carbs are efficient fuel in that they take the longest to absorb and maintain a steady blood sugar. Because of this, these good carbs provide more steady energy and more satiety4.

Some common “good carbs” include:

It is important to note that every individual has different needs, therefore selecting herbal supplements must be done with proper consideration of each case (Read: How to choose the right herbs for your adrenals).

You can even find everything you need in one handy package…

Some herbs encourage raising cortisol while others support lowering, some herbs improve our HPA (hypothalamic-pituitary-adrenal) communication and other herbs support general resilience.

Understanding which is best for you first requires identifying your state of dysfunction. This can be done by talking with your health practitioner and completing some data collection.

Treating the body to a certain level of light can intentionally manipulate the body’s natural circadian rhythm of cortisol.

So much of what we do is dependent upon when we wake up and when we go to sleep. So, light therapy can be used to correct that potential imbalance. Exposure to bright light in the morning can help to restore it5.

Key Insight: To maintain an ideal cortisol rhythm, 15 minutes of 10,000 LUX exposure is recommended within the first hour of waking.

For other stages of dysfunction, other variations of light exposure are recommended. Blue light exposure also influences your body’s release of cortisol. Specifically avoiding blue light at night serves to suppress cortisol in the evening hours6.

The patient I had mentioned before went on to complete their 4-week Adrenal Reset Challenge. They ended up losing 6 pounds, within the first 4 weeks, while also building:

She went on to achieve her weight loss goal of 10 lbs over the next few months, and was able to keep this weight off for years to come.

What Can I Do To Start?

Learning more about your adrenal levels can help you create a specific plan to provide success on your weight loss journey. Consider the Adrenal Quiz today to get started (Click Here).

Here’s to knowledge along your journey to wellness!