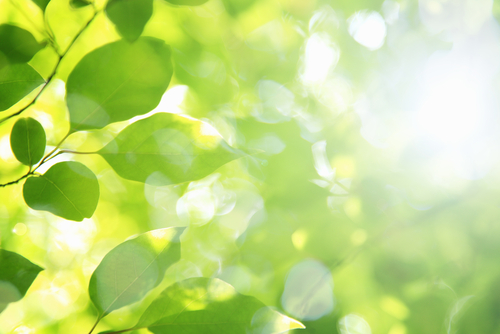 We all know that toxic metals are harmful. Metals, solvents, pesticides, and pollutants. It is so critical to get them out, but how do you do it safely? There are gentle ways to detox your system, but what if you need to go one step further?

Today, I want to tell you a bit more about chelating medicines and if you can trust them to do the job for your health the right way.

Let’s say with a broad overview of the process of chelation, and how important it can be to preserve your long-term health. You might already know about some great “gentle” ways to detox your system, like more:

Interested in getting more fiber? I would love for you to learn more…

All of those options are awesome for removing the waste in your system that might be doing you harm. At the same time, though, there can be wastes that are really stuck. These can get in your thyroid, your liver, or your brain, and can really affect your health.

Key Insight: The only way that these types of dangerous toxins can come out is when they are chemically bound, changed, and excreted from your system. That is what chelation does.

That is not to say that chelation is controversy-free. There has been a lot of discussion surrounding this process, and whether or not they are safe. That is why I want to go deeper into this topic so that we can all make sense of it together!

First and foremost, chelation is used as a testing procedure (Read: The complete guide to testing your body for toxins). The reason it is used this way is due to the fact that we want to know what has built up in the body over the course of years and decades.

It might be easy to do blood tests and urine tests for toxins. They will show what you have been exposed to over the last couple of days. But chelation will trace far enough back to see what has built up in your body over long periods of time.

Here’s the rationale. If blood or urine only show short-term results, then challenge testing (or what we might know as provocation testing) where we intentionally push waste out will reveal to us how much waste was in the body, to begin with.

Bottom Line: The agents themselves will “pull” waste from many of the deeper tissues. That way, you can get a full picture of just how much has been lurking behind the scenes of your body.

There have been a lot of ways in which people have been exposed to varying factors concerning provocation agents. These include:

This could lead to a case whereby someone’s lead burden is considered to be small. Really though, the only thing that was small was the amount of provocation agent used. This person in question is still going to be dealing with a large toxic load of lead.

Another more common pitfall of chelation is if someone was to have only a little bit of lead in their system. In this case, they may be given a large amount of provocation agent – and a lot, in turn, came out.

Someone could then turn and say, “wow, this person has a lot of lead in their system.” When really they did not. Instead, they had too much provocation agent.

There is one more controversy that is very likely the biggest challenge to challenge testing. Remember when I mentioned how urine could be used to screen for these toxins?

Well, we know exactly what normal levels would be like for a large host of toxins (from just a random urine sample).

Key Insight: What we know is that above a certain threshold, random amounts of waste in the urine correlate with lots of problems and plenty of symptoms. We also know that we can expect to see higher levels when there is a provocation given.

Many laboratories have panels which show the amount of waste in the urine. The pitfall, though, is that most use reference ranges that are only based on non-provoked samples.

Bottom Line: When someone does get a provoked sample done, their urine tests will reflect a high amount of toxins – even when it is not high!

Many have suggested that many diagnoses have been flawed because of this, seeing as how the reference point is random (and not based on a provoke sample).

The Reality of Provocation Testing

The truth is that these aforementioned controversies are more like pitfalls. Provocation testing is truly our best available tool to gauge how much wastes are stuck deep inside your system. This is something that everyone in the toxicology world agrees on.

Key Insight: Truly, understanding this form of testing is entirely based on whether or not a provocation test was done, and that the reference points cater to that test (instead of random samples).

Consider this for a moment: What if someone does have a lot of waste which shows up? You can take steps to decrease what is in circulation, but to get rid of things entirely you have to rely on things like chelation.

Interested in what else you can do to benefit your body? Start with the Daily Reset Pack…

Chelation medicines were first formulated for folks who had incredibly high amounts of exposure present in industrial workplaces or on the battlefield (due to biological weapons).

They were formulated specifically to deal with these types of situations in these unique environments.

The first of these agents was called British anti-Lewisite. From there on, we had plenty more such as:

These are now known as fifth-generation chelating agents. What they do is grab waste, change them chemically (so that they become water-soluble), and they are removed both in urine and in the stool.

Many are wary about the harm that may come from these types of medicines. There really is never a situation where one should ignore the possible risks – so let’s dive into them…

Chelation involves some pretty powerful stuff. They are tools that can work well when used gently and appropriately, but they can make a mess if not. It is really sad, but there have been cases where they have been used in a poor fashion (mostly in the distant past).

What Can Go Wrong?

There are two main categories you should consider:

Most of those who identify with that second category of concern are those who have a history of being exposed to industrial worksites (and the toxins therein).

These are cases to where someone’s body has been horribly damaged due to high exposure towards mercury (and other metals).

The tough part of these cases is that the mercury was stuck in their brain and their spine, and was simply not moving out.

They were then given a lot of chelating medicines, forcing the mercury to come out, but the detox process put a lot of stress on the liver and kidneys.

These are extreme cases, though, and concerns from them should be reserved to only a few cases with ridiculously high exposure to these sorts of toxins.

While the net effect was ultimately positive, there was certainly some discomfort born from the detoxification process.

I have seen a great deal of talk online about this very concern. Do you need to be worried about chelation because metals can redistribute throughout the body?

Is it true, though?

There is always partial truth to most of these claims because metals can redistribute, but they never go from a low concentration to a high concentration. This means that they cannot leave one part of your body and go into another where toxins already exist.

But, what does happen with redistribution is that some parts of your body detoxify faster than others. A really good case in point revolves around lead. Lead, as we know it, does a really good job of building up in the bones.

Key Insight: When you are testing someone, via provocation, you are mostly measuring that tissue level. But, because they are equalizing over time, you know how much lead can be found throughout the rest of the body.

If someone’s test scores came back with 10, they would begin treatment until they hit zero. But, because there is 10 in the bones that we could not test for, it will find a way to redistribute throughout the body.

This means that everything will even out, and the 0 in the tissues will rise to 5, while the 10 in the bones will lower to 5.

Bottom Line: That kind of redistribution definitely does happen, but that is really just how these things work. It does not mean that your levels reappeared, it means that they redistributed and you need more treatment.

There are some folks out there who are concerned that increased detoxification can lead to a loss of minerals. This is really more of a problem for the older medicines, the ones that are not in use any longer.

What I can tell you about the new data is that it is mostly mixed. Some suggest that there are no minerals lost from detoxing, while some older data says that there may be some. It really comes down to the following:

Bottom Line: The amounts lost are not ones that we would ignore but are easily replaced with a good meal (or a good multivitamin). It is definitely not a barrier to treatment.

Some other pitfalls simply come down to how people live their lives during treatment. The big thing is avoiding alcohol and coffee, which allows your body to detox much more smoothly (and with a lot less drama). There are also some other considerations, such as:

Bottom Line: At Integrative Health, we really like to focus on the last three points mentioned above. These have been shown to reduce any bothersome side effects, like nausea, headaches, or rashes, and can reduce these barriers to treatment.

Cleansing Yourself Of Toxins

Whenever your body is not performing the way it should, there is always a reason. Soon enough your mood will improve, your energy will pick up, and all those other problems will become a thing of the past.

I have seen it myself, and what I want you to know is that chelating medicines are safe for you.

Is it time to continue down the path of taking back your health? I would love for you to play an active role in putting your health in your hands, and the best way to start is with the Thyroid Quiz (Click Here).

It can really help you gauge where you are at, and what you can do about it today.